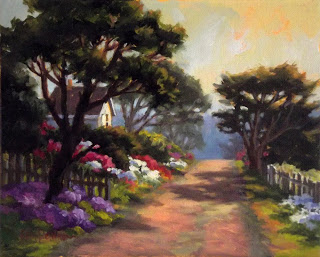 It was late in the afternoon.  Bobby had called and asked everyone to meet him in the restaurant at the motel where they were staying in downtown Ossining.  He promised that he had some exciting news.  Jenny, Reuben and Jonathan were waiting in a back booth when Bobby arrived.  Jonathan was sitting next to Reuben and Jenny sat across from them by herself.  Bobby walked over to the table and sat down next to Jenny.  A skinny, teenage waitress who was cracking a wad of gum in her cheek came over and asked if he wanted coffee.  He nodded and she left to get him a cup, giving them a strange look as she went.  Bobby smiled.  It wasn’t often that you found a sheriff, an Amish man, a short-haired Amish girl, and a hippie all seated at the same table.  Jenny looked at Bobby expectantly.

“The man in the car was definitely Joseph K. Bender,” Bobby said.  “He was Sammy Bender’s brother.  They grew up in Patterson, New Jersey, and started getting into trouble when they were teenagers.  Sammy knew about the tattoo on Joe’s shoulder and confirmed that the number was a service number.  It seems that when the war came, they both enlisted and got a tattoo.  Joe got picked for officer training so he added his service number under the Statue of Liberty.”

“But the report said he got a dishonorable discharge,” Jenny said.  “What about that?”

“From what Sammy said, Joe did pretty well during his first year as an officer.  He was trained to be a pharmacist mate, which is like a Petty Officer.  He was assigned to a battleship in the Pacific.  I guess he got wounded in one of the battles.  It wasn’t bad enough to get him discharged, but he did need pain pills while he recovered.  Sammy says he got hooked on the medication and reverted to his old ways.  He got caught stealing narcotics from the infirmary and they drummed him out of the service.  He ended up in New York and graduated from pain pills to morphine and then to heroin.  Sammy got tossed out of the service for slugging a superior officer and he hooked up with Joe.  Their life of crime went from there and ended up with the bank robbery.”

Jenny felt sadness growing in her heart.  So her father was a dope addict.  The thought of that was so foreign to her, but she tried to understand it anyway.  Bobby saw the look on her face.  He took her hand.

Jenny looked up.  She felt the possibilities for her life getting smaller and smaller.  What could Uncle Bobby say that could possibly help?”

“Joe Bender was not your father.”

Jenny looked at Bobby with a blank stare.

“Not my father?” she asked incredulously.

Jenny felt a darkness beginning to lift from her spirit.

“Not my father,” she said softly.

Jenny looked at Reuben.  He was so strong and handsome.  He had always been there for her.  He had protected her all her life, cared and provided for her, carried her when she had fallen, encouraged her when she failed, and…and loved her.  What had she been thinking?  Tears began to stream down her face.  She saw her papa’s jaw working as he tried to keep his emotions from showing.  Jonathan stared at both of them.  Jenny got up slowly and went around the table.  She stood in front of Reuben and picked up one of his big, strong hands.  She put it next to her cheek and felt his calloused palm against her face.  Then she kissed his hand and looked into his eyes.

“Of course he’s not my father,” she said to Reuben, “because you are.”

Reuben’s arms came around Jenny and he pulled her close.

“Jenny, Jenny, my Dochter, my precious girl,” he said softly.

Jonathan and Bobby looked at each other and then turned away so they would not show each other the tears in their eyes.