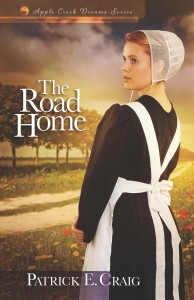 The revelation came with such startling clarity that Jerusha gasped out loud.  She nodded her assent and looked over the quilt one more time.  The next part that she had to repair was the torn rose petals.  She pulled out the piece of red silk and laid it on the table.  Then she carefully laid a piece of paper over one of the complete petals and traced the shape.  It needed to be exactly the same.  She took her scissors and cut out the pattern.  Then she laid it on the red silk and began to trace out the five petals that she needed to replace the torn ones on the quilt.  As she did she spoke out loud again.

“Lord, I know you are speaking to me through the quilt, but I don’t understand yet.  How does fixing the quilt show me how to help Jenny?  Even though it is repaired the quilt is not the same as it was when I first made it.  It is second-hand, used.  No matter how skillfully I repair it, the truth is, it has still been damaged.”

Again the still, small voice came to her.

The red silk, Jerusha.  What does it represent?”

“I always felt that the red silk was like blood, even your blood, the precious blood of Christ.  But what does that mean?”

Everyone in this world has been damaged, Jerusha.  Ever since that moment when my son, Adam, decided to go his own way, humans have been damaged and useless to my purpose.

“Dead in their trespasses and sin?” Jerusha asked.

Yes, Jerusha, all men are dead in their sin.  But I, in mercy and grace, so loved the world I created that I …

“You sent your Son, Jesus!”

Yes, and what did he do, Jerusha?

Suddenly the thing that the Lord was showing her became clear, like a bolt of lightning into her mind.

Yes, and when he did, what happened, Dochter?

“All things were made new, the old creation passed away and a new creation was born.”

In that incredible moment of clarity, Jerusha’s heart filled to overflowing with the wisdom and love of her God.  She picked up the piece of red silk, the petal of the Rose of Sharon quilt, and she stared at the beautiful deep red color.

“No, Lord, I’m going to put the new piece right on top of the old one and sew it on using the same stitch that I used before.”

So the new piece will … will what, Jerusha?

“The new piece will completely cover the old one and hide all the torn places and the imperfections of the ruined piece.”

So you are not going to remove it you are going to …  Jerusha?

And then like the sun, rising over the eastern hills on a quiet spring morning, the answer came.

“Oh!  All my sins and imperfections and all of Jenny’s, they are…they are covered.”

And then Jerusha knew the answer and she understood for the first time in her life that the same power that had raised Christ from the dead was in her, and in Reuben, and in Jenny.  And the blood that was shed to release that power into the world was fully and absolutely capable of healing her daughter’s life and making Jenny whole and complete.  The wonderful revelation overpowered her.  Jerusha put her head down on the table and began to sob.  And as she did, a great weight was lifted from her and the blood of her Savior began its marvelous work…