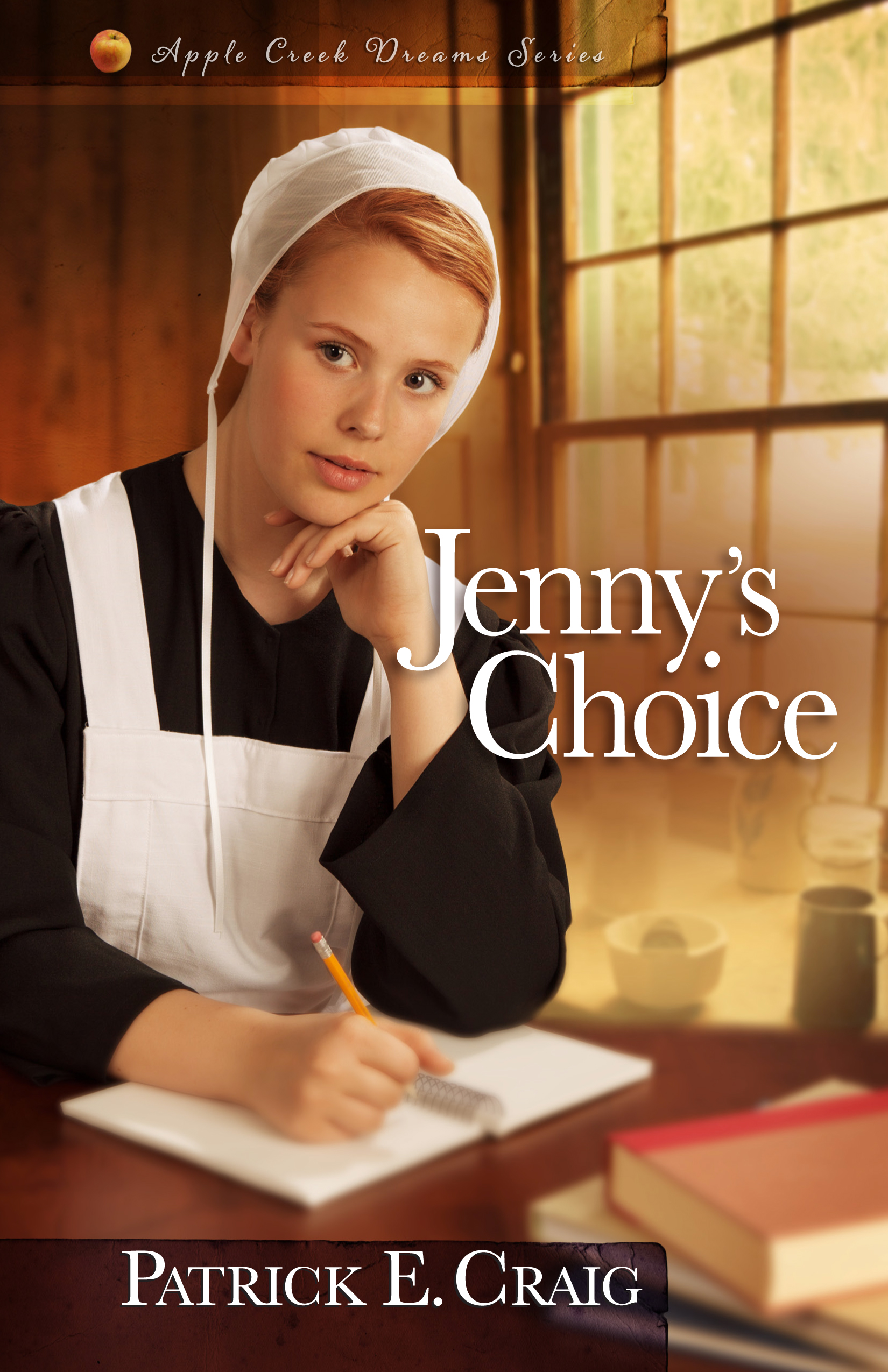 Jerusha and Reuben encouraged her to begin taking part in the daily life of the farm, and Jenny rediscovered many of the old ways from her childhood that helped her to build a structured schedule around her days.  As she did, she could see herself developing an identity that did not include Jonathan – at times this was the hardest part of the process – but eventually she recognized that this was the only way she could recover.  Still, on birthdays, or anniversaries and holidays during that first year without him, she suffered deeply, because those events conjured memories and emotions related to her terrible loss.

Ever vigilant, Reuben stepped in during the hard times and encouraged Jenny to take part in the church, or the Amish school, where she soon served as a helper and eventually as a teacher.  And so the days passed and as the deep winter gave up its icy grip on Apple Creek and the first touch of spring began to melt the morning frost from the etched glass of the window in her room, Jenny slowly began to come back to life.

Then came a morning when Jenny awoke to a soft dawn that came creeping into her room like a mischievous child, softly kissing her awake with the delicate touch of a rose colored morning.  Jenny opened her eyes, and saw the pale colors blushing in the fresh sky.  She rose, wrapped a shawl around her shoulders and slipped outside.  The day was fresh and clean and warm, and the grass felt cool and damp against her bare feet.  Above her head the plum trees were just sending forth the tiny pink buds that would soon burst into brilliant color and paint the world with God’s palette.  A single wren twittered its call and stillness lay on the land.  Jenny’s heart stirred within her at the unexpected beauty of the morning.  An old barn cat came around the side of the house, meowed loudly and bunted her head against Jenny’s leg.  Jenny smiled and reached down to scratch the cat behind the ears.

The old cat stayed for a moment, enjoying the attention, and then wandered off.  Jenny took a deep breath and the fresh air tasted sweet.  The sun began to peek up over the hills to the east and bright rays of sun shining through the trees cast easy shadows across the fields.  A little breeze sprang up and the air stirred around her, gently lifting the golden red curls from her face.  Above her a vee of Canadian geese flew north, honking as they went. Jenny was touched by the wonder of the day and a thought rose in her heart like a small trout rising for a fly in a still mountain lake.

I’m still alive.  This didn’t kill me, and I can still find joy and wonder in a day.

The screen door creaked behind her and she looked around to see her papa coming out on the porch.  He was dressed for work and his handsome face broke into a smile.  Reuben stepped down from the porch and came over to Jenny.

“You have a glow about you this morning, dochter.  It is good for my heart to see life creeping back into you.”

Jenny stepped into the circle of Reuben’s arms.

Yes, I do feel life coming back into me.  It’s as though I have been raised from the dead!

“For not giving up on me, for walking beside me, and for being my rock when the storm raged most fiercely about me.”

Reuben’s arms tightened around her.  Then he spoke and she could tell the words were difficult by the way they seemed to be pulled from him, syllable by syllable.

“When Jenna died, I wanted to die.  I felt so helpless and I believed that but for my wrong-headedness, Jenna would have lived.  If das Vollkennen des Gottes had not sent someone to help me, I would have died by my own hand.  And then, Gott, in His infinite mercy and grace, sent you to us.  I cannot explain to you how it happened, but when I saw you for the first time, I knew that you belonged to me and to your mama forever.  I knew that I had been given a second chance and I loved you with every bit of the love that I had for Jenna.  And so when I see you suffer, I suffer too.”

Jenny looked into her papa’s eyes; the deep sea-blue eyes with the smile behind them and saw home and safety in them.

“And so I would do anything to see you happy again.  You make sonnenschein in meinem Herzen and now you have given us Rachel and the joy she brings with her is beyond our understanding.  I cannot give Jonathan back to you.  If I could, I would give my own life to do so.  But that is beyond me, so I give you my love and this place and whatever you need to be happy again.  That is my prayer.”

And as the bright spring sun warmed the earth, the winter of Jenny’s great sorrow began to melt away, and the icy stronghold that held her dreams and hopes locked in its frozen fastness crumbled under the warmth of her father’s love, and the river of life began to flow once more in her heart.