Falling in Love with Your Characters - Skip to content

Falling in Love with Your Characters

Falling in Love with Your Characters

A good storyteller takes a fine story and places it in a setting peppered with enough accurate details to satisfy a native son. Then he peoples it with characters so real we keep thinking we see them walking down the street.~ ~ Kay Marshall Strom 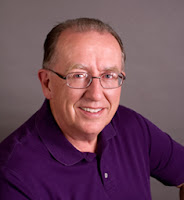 I think Kay hit it right on the head when she wrote this note to me about characters.  As storytellers it is our job to give the reader first a great story that holds them enthralled until the last dot at the end of the last sentence.  But a good story is worthless without characters that, as Kay said, we feel like we could meet on the street.  For me, Jenny Springer Hershberger is a character like that.

I first met Jenny Springer as a lost little girl in the heart of the great Thanksgiving storm of 1950, when she was rescued and adopted by Jerusha Springer in A Quilt For Jenna.  Then The Road Home told the story of Jenny’s desperate need to find her birth parents, even if it might take her outside her adopted faith.  Originally, the third book in the Apple Creek Dreams series was to tell the story of Rachel Hershberger, Jenny’s daughter – The Amish Heiress.  But when I finished The Road Home, I was amazed to discover that I had come to love Jenny Springer, now Jenny Hershberger.  I loved her strength, her passion, her mind, her love for God – she had captured my heart.  I kept trying to move on to Rachel’s tale, but I could not.  So I wrote Jenny’s Choice and it is in book three of the Apple Creek Dreams series that Jenny discovers her talent for writing.  And as I came to know Jenny with each page I realized that I was crafting her from my own heart.  She was becoming what I had always wanted to be – a good writer.

__________
From the Journals of Jenny Springer Hershberger

In The Road Home, Jenny’s greatest need is to find her birth parents – not because she doesn’t love Reuben and Jerusha Springer, but because there is something missing in the foundation of her life that is keeping her from becoming who God has intended her to be.  At one point in the book, Jenny’s mama, Jerusha is praying for Jenny and the Lord reveals something very important about Jenny’s life.

As she was praying, Jerusha remembered something Reuben had taught her.  They had visited a neighbor’s farm one day and watched as the men helped their neighbor tear down the framing of what was to be a new barn and start over.
“Why are they tearing the barn down?” she had asked Reuben.
“Brother King made a mistake when he laid the foundation,” Reuben said.  “It was not level and true.  It was pointed out to him when the first wall went up and the men had a great deal of difficulty plumbing it up.  You see Jerusha, when a foundation is not laid properly and you build on it, everything in nature, even gravity itself, conspires to drag that wall down.  But if the foundation is true, then when you build on it, gravity pulls the wall straight down onto the foundation and it will stand for years, supporting itself.”
She had wondered about Reuben’s words that day, not really understanding, but now as she looked at the quilt, they became clear to her.  Everything in Jenny’s life had been built on a poor foundation and so even nature had worked against her, robbing her of peace and joy and leaving her with a sense of incompleteness.
“That is what happened to Jenny.  The foundation of her life was not laid in straight and true and she has been struggling to build on that poor foundation.”

When Jenny discovered who she really was (and I’ll let you read about that in The Road Home), she became complete and whole and then her life began to unfold as the Lord had always intended it to be.  And it was at that point in the story that Jenny Springer became real to me and I realized that her story was my story.  I had something missing in the foundation of my life until I came to know the Lord Jesus Christ.  And, just as Jenny discovers that the road home will never be revealed until she lets God lead the way, so my gifts and callings never really manifested themselves in and through me until I gave my life over to His care.

When a character in your book teaches you a life lesson like that, you have to love them.

Do you have a character you have written about, or read about, that you have come to love?

First posted as a guest blog at Kate Lloyd’s blog  – Welcome to Kate’s Blog
Excerpts from THE ROAD HOME, published September 1, 2013 and available at the following locations: